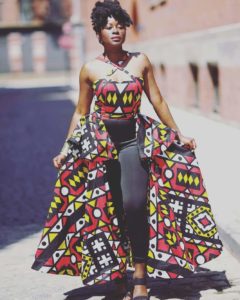 RAFIYA is a Congolese-American artist based in New York. She travelled extensively in her formative years living in the Democratic Republic of Congo, the Cape Verde Islands, Benin, Senegal, Guinea, Barbados, and Côte d’Ivoire.

RAFIYA first garnered international attention in 2010 upon the release of her “Amazing” debut album which gained traction in France, Mozambique, Côte d’Ivoire and the Democratic Republic of Congo.

She has performed in legendary venues around the world; including the Apollo and SOBs in New York, The Kennedy Center in DC, and le Bataclan in Paris, headlining shows but also collaborating and sharing the stage with artists like Youssou N’Dour, Yemi Alade, Fally Ipupa, Burna Boy, Estelle, Dadju and more.

In addition to pursuing her musical career, RAFIYA is a Middle School French teacher involved in humanitarian causes in Congo and Côte d’Ivoire.

RAFIYA believes in conveying messages through her music. Her mission is to uplift and to promote African pride and solidarity. Her singles “Where I’m From” and “Bana Africa” are true anthems that celebrate her African Heritage.

RAFIYA’ s sound is a unique fusion of pop music and African sounds influenced by her expansive exposure to various cultures.